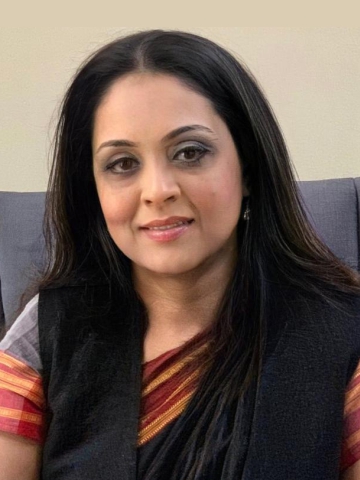 Advocate Shireen Merchant has worked extensively for the disadvantaged sections of the society i.e. destitute women and children. Several important judgments on adoption (domestic and international) in which she appeared have been published in the All India Reporter and are now precedents in matters of adoption.

Advocate Merchant is registered with the Bar Council of Maharashtra & Goa since 1999. She represents clients before various courts and forums and advises them on a range of civil as well as criminal laws, particularly matters related to adoptions and family law. Advocate Merchant is currently involved in a wide spectrum of matters related to Family Law and various other branches of Civil Law. She has been appearing before various forums such as the District and Sessions Court, High Court of Bombay, Bombay City Civil and Sessions Court, NGT, Consumer Courts, etc. She also advises clients on issues relating to contracts and contractual disputes and pre-litigation strategies.