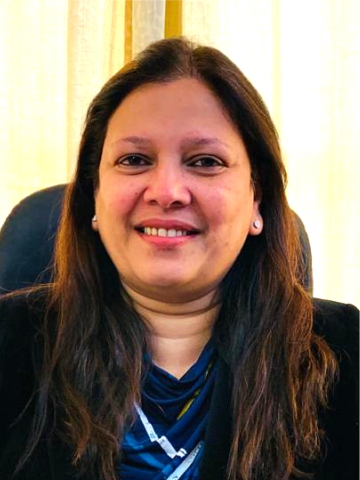 Neela Gokhale is an alumni of Indian Law Societies’ Law College, Pune, having completed her LL.B in the year 1992. She went on to complete her LL.M from the University of Pune and thereafter a Doctorate in Law from the Bundelkhand University, Jhansi, Uttar Pradesh. Her topic for Research was ‘Towards a common Law of Adoption’, having worked for many years in the field of domestic and International Adoption and having rendered pro bono services to institutions housing destitute women and children such as Kusumbai Motichand Mahila Seva Gram, Pune among others.

She has practiced Law at the District Level in Pune District Courts, including Family Courts and other Tribunals for about 7 years and thereafter continued her practice in the Supreme Court of India, New Delhi, since the year 2007. She has also advised Promoters, Builders and Developers in completing housing schemes, right from purchase of land, executing Development agreements, Flat booking agreements, examining the title, registration of societies among other things pertaining to drafting and conveyancing.

As far as litigation is concerned, she has been actively involved in appearing in matters of civil, criminal and constitutional nature before the Hon’ble Supreme Court of India, High Courts of Delhi and Bombay. She has also filed Public Interest Litigations in her own name as well as on behalf of persons interested in doing so, which include seeking efficacious mechanism for voting rights for armed forces personal, challenging various gender biased provisions, proceedings seeking codification of immunities and privileges for Parliamentarians etc, to name a few. Having specialized in service matters, she has represented many armed forces personnel of the Army, Navy and Air force before various constitutional courts and the Armed Forces Tribunal. She also conducts matters in respect of Family and Domestic Law.

She has also been on multiple panels over the years, including but not limited to Union of India, H.E. Chancellor, Uttar Pradesh, Indraprasth Gas Ltd., Patna University etc. Furthermore, she presently represents the Union of India before the Hon’ble Supreme Court, being on the Panel- A of the Lawyers chosen to represent the Union of India.