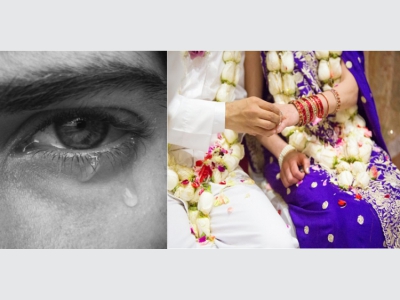 While Gender Biased Laws are a common problem across India, what makes Parsis stand out is the absence of Jury that has not heard any contested divorce matter since past three years. The crux of the problem here is not restricted to just the man, but several women too do not know whom to approach for justice.

We spoke to Ms Neela Gokhale, Supreme Court Lawyer, who has petitioned the Supreme Court of India for her client Naomi Irani to abolish the Jury system. The petition read,

The 1936 Act was exasperatingly cumbersome, involving a system akin to jury decision and granted no access to mediation and settlement available to Hindu women under the family court system.
After nearly a year, the centre did not support the petition in their reply. The Government of India quoted,

Parsi community is a special community forming part of Indian societal mosaic and it was felt necessary to protect their values, customs, beliefs and practices in the field of personal law. Parsi community, owing to their scarce numbers, also requires to be protected by way of separate mechanism. A special law (like PMD Act) for that small community with an intelligibly different or unique structure, is permissible in law.
mensdayout.com
False Domestic Violence Cases in India (Representation Image Only)
Gokhale tells us, at a time when our country is aiming for Uniform Civil Code (UCC), how the Parsi Divorce system is totally unfair towards waring couples. She quotes,

All personal law matters are heard by a Jury who are not qualified by law, but merely appointed by senior members of the community. All contested cases are heard by this Jury and the scope of mediation and counselling, fair rights for children, etc. which is offered by family courts, is completely eliminated.

The Bombay High Court Judge however, can provide interim reliefs such as interim maintenance to wife and child, but cannot decide permanent orders in any matter.