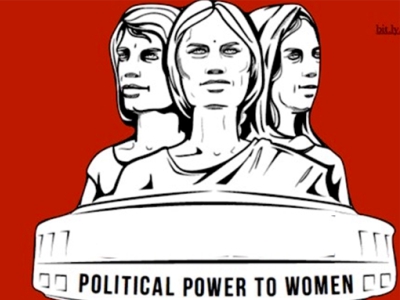 The Indian democratic system prides itself of being participatory, inclusive and dynamic, with majority of its population living in the rural parts of the country and a rapidly growing population in the urban towns/cities. Consequently, the Government of India felt it necessary to strengthen the local self government system at both these levels to empower, percolate and have the citizens play an active role in their local governance. The Government of India vide the 73 rd and 74 th Constitutional Amendment set out to correct these and establish a uniform system of local self-government at both, rural and urban areas, which the Panchayati Raj System failed to fulfil due to its several shortcomings.

On the other hand, modernisation, as an off-spring of urbanisation, has exhibited several ideological quandaries for feminists. As many claim, Feminism in the twenty-first century has become increasingly fragmented and incoherent. United by a common desire to advance the role of women, feminists disagree about how this can be attained, and about what it means in practice. Women’s political participation, across several states of India, has been largely restricted to their roles in SHGs, NGOs, which in turn act as the linkage between political parties and them. However, these organisations have been reduced to being merely an agency which bears the devolution of duties from the government in terms of distributing monetary and facility benefits to the involved stakeholders; they hold no bargaining power or authority over the policy formulation whatsoever.

While looking at those women who contest elections, the role of these women has largely been reduced to that of a proxy candidacy; camouflaging a system deeply entrenched with patriarchy, nepotism, caste dominance and phony activism. Thus, pan-national internalisation of legal and political empowerment of women and participatory policy formulation had failed to occur and women today continue to remain socio-economically distanced from the elusive goal of an egalitarian polity, especially for those who hold office. (Singh, 2014) . Women despite being the leaders and candidates ‘on paper’, they remain to be controlled and dictated by their husbands, fathers or brothers. The woman candidates also often garner votes under the shadow of their male counterparts, which in essence presents the very anti-thesis to the very idea of women empowerment in politics.

John, J. (2009). A Study on Kudumbashree Project: A Poverty Eradication Programme in Kerala – Performance, Impact and Lessons for other States. New Delhi: Planning Commission of India.